The Real HeroDeep down, we all know it. The T-Rex is the real hero of the Jurassic Park franchise. Sure, maybe Dr. Alan Grant did look after Tim and Lex in the first movie and yes, he tried to stand up to the raptors when they got loose in the visitor's center. And, yes, Owen Grady does look pretty awesome riding that motorcycle with a pack of Velociraptors... but let's just take a look at the facts here.In the first Jurassic Park movie, it was the T-Rex who ultimately saved the Murphy kids from the raptors that were hunting them. It was the T-Rex who defeated the Indominous Rex... and if we're all being honest, everyone loves the part of a Jurassic Park movie when the T-Rex lets out a victory roar! If you want to be the hero of Jurassic Park, don't dress up like Owen. Dress up like the T-Rex with this plus size Jurassic World inflatable costume.Product DetailsThis officially licensed costume comes from the Jurassic World series of films and it turns you into the true hero of the movies. The suit is made out of a windbreaker fabric and fits with a zipper and elastic in the wrists and ankles to create an airtight seal. The exterior has plenty of printed details that make it look like a T-Rex's scaly skin. The neck has a clear visor portion for vision, so you can see as you go on your prehistoric rampage. Finally, the included fan makes sure the costume stays inflated! It requires 4 AA batteries to operate.Move Over AlanAlan Grant and Owen Grady better step aside! When you're wearing this Jurassic Wold Plus Size Inflatable T-Rex Costume, you'll be ready to take on the role of the real hero of Jurassic Park! 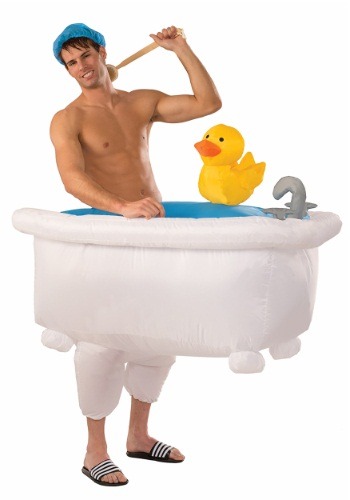 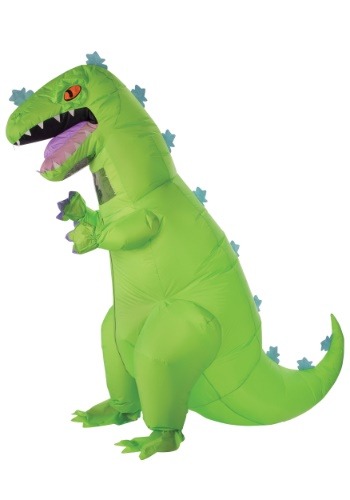