Prehistoric funFor centuries, they were thought to be extinct. Only traces of their once mighty reign were left behind, fossils and fragments that we used to piece together their prehistoric history. But the reality is so much stranger. Dinosaurs have been living among us, hidden, secret, disguised, carrying on their lives as best as they can under the veil of secrecy and shadow.We’ve caught glimpses of them over the years. Godzilla was captured on film in Japan in the early 1950s, but it was easy to label it cutting edge special effects. Their cover was almost blown when Barney the big purple dinosaur was caught on tape in the early 1990s, but dinosaur lobbyists were able to hush the whole thing up and play it as a person in a costume.But now, the truth is being revealed by dinosaurs themselves, who are refusing to live in the shadows anymore. Instead, they’re stepping forward and demanding their place in society. Sightings have spiked in recent years, from commencement events to football games to even weddings. T-Rexes have been the bravest of the group, making up nearly all the sightings.Product detailsNow, you can boldly join the ranks of dinosaur brothers and sisters with this Adult Inflatable Giant T-Rex Costume. This tan 100 percent polyester costume has a zipper closure in the back, along with a drawstring fastener at the base of the face opening. It also has elastic cuffs at the neck, ankles and wrists for an easy, comfy fit. There’s a fan mounted at the back, with an inner pocket to hold the battery pack. (The fan requires four AA batteries, which aren’t included.)King of the lizardsNow, whether you want to rampage through San Francisco or greet your human neighbors with friendliness and care, you’ll be able to do it. So get out there and reclaim your place in the sun before another meteor makes it too late! 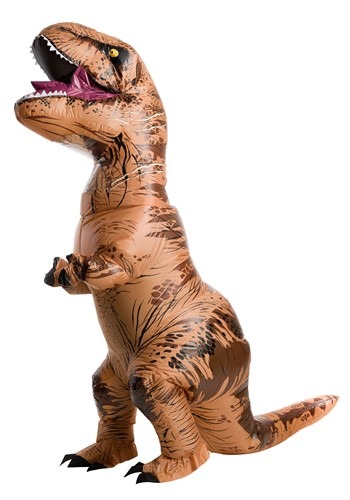 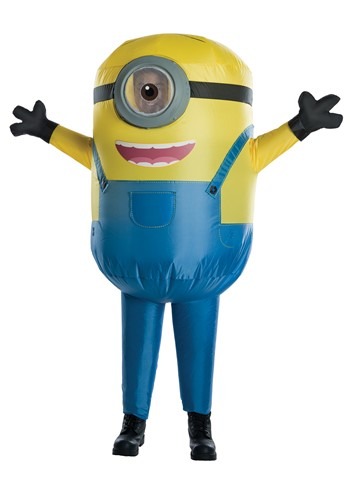 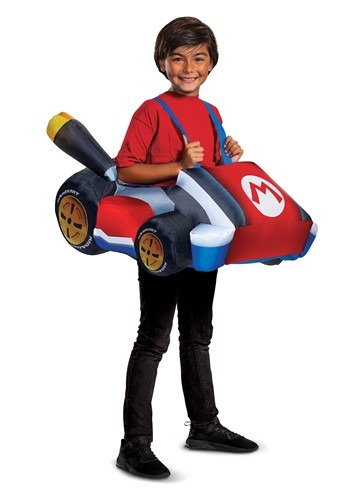